This is "TOM GENTLE ESFF interview" by RPP PRODUCTIONS on Vimeo, the home for high quality videos and the people who love them. @igotthehookuptwo is the most talked about comedy that moviegoers are anticipating to go to the movie theaters and see 2019! 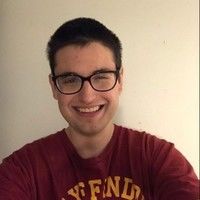 Written & Directed by Darius Burke , in partnership with Cinematographer and Assistant Director Melissa Fidler, Presents... this short film titled "Love in the Future" , which follows the story of A young couple living in Hartford,Connecticut in the year 2060 adjust to living in an entirely technological atmosphere. As they walk around the city , they begin to try to understand how the U.S. National Security Agency and social media companies manipulated the population by allowing giant tech companies to profit off of excessive technology usage and mass surveillance.