Do you need a good fantasy story for the weekend with lots of blood, horror and humor? eBook — The President of The United States, Allan Chester Walker, is exposed to a supernatural assassination... 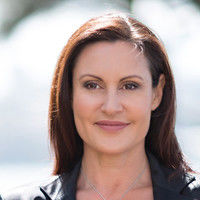 Red Handed - a short film inspired by real events about the lengths a woman goes to, to stop a stalker. Official selection in several film festivals. Won: Silver Remi award (USA) Nominated: Australian Academy Award for cinematography Scripted by Renée Brack, it was initially produced as a play on stage by Short+Sweet - the world's largest short play festival then turned into a film directed by Tony Tilse and produced by Chris Ramos. Currently touring the international festival circuit 2017-18. This 25 second video contains judges comments about the writing. "I'd scripted it is a gruesome political thriller, Tony directed it as a horror with echoes of Lynch's Blue Velvet and it found an audience among horror fans."