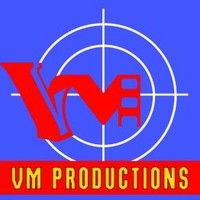 HISTORY OF THE PROJECT For various reasons - mainly because the film was shot on super 16 - separately in b&w and color - the negative remained uncut. In January 2013, the new director's cut of the movie Shades of Day was completed. On April 19th, Shades of Day, New Director's Cut, 2013 had it's world premiere at the 15th International Festival of Detective Films in Moscow, Russia (detectivefest.ru/). The film became a winner of the festival, receiving a special award. For more info –- please go to: vmpfilms.com/ We're pleased to announce that the new award-winning version will be available until the end of 2013. Enjoy the trailer and stay tuned! STORY OF THE MOVIE A suspenseful Hollywood fable based on Dostoevsky's classic novella "White Nights". The film introduces us to the enchanting Linda, whose life is centered around a planned reunion with her former lover Paul. Her plans change in remarkable ways as she encounters an extraordinary cast of characters, including a new lover and a pornography producer who's pursued by the Mafia. Visit our website: shadesofday.com MORE ABOUT THE MOVIE "Shades of Day" - is the first chapter of our Dostoevsky-LA Project ("Notes From The New World" is the second part). "Shades of Day" was selected by the Rutgers University's professor Gerard Pirog for his course in cinema along with the classic works by Bertolucci, Kurosawa, Bresson, Scorsese, Shrader, Von Sternberg... - shadesofday.com/critics.htm