Creating/ Inventing a Character or a New Villain in Horror! 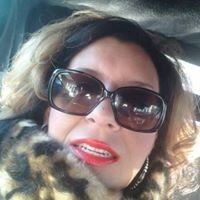 20/20 In an Instant: Bad Guys at the Good Guys A group of gunmen holds employees and shoppers hostage at an electronics store. Heads or Tails: A true account of the nations worst hostage crisis Lisa Joseph is one of the lucky survivors. On April 4, 1991, she and two family members stopped by the Good Guys Electronics Store in Sacramento, California. As they left the store, she was grabbed by the hair and shoved against the wall. Shots rang out and four Asian gunmen seized the store to protest their frustrations and unhappiness with their education and lives in the United States. Thirty-eight people were held at gunpoint and before the day was out the suspects deliberately shot, stabbed or wounded eleven of the hostages, and killed three others. Heads or Tails recounts the harrowing experiences inside the store from beginning to end. The first part of the book describes how the hostages get tied and tortured, they are then forced to play death games for survival. The second half contains the actual transcripts from the official sheriff’s telephone recording between the hostage negotiation team and the gunmen. Lisa Joseph provides an insider’s view of the excruciating details of the most brutal and tense terrorist standoff in the history of California. Looking back, Joseph admits that she was angry with the police and did not understand what they were doing. She now recognizes that the actions they were trying to orchestrate to get the hostages out safely. “During the event, I blamed the police for not resolving the matter sooner. I was upset, because I had a miscarriage in the store with a twelve gauge to my head” she said. She now realizes that the delay was necessary. The flash bang concussion grenade was also a great strategic tactic. This allowed sharpshooters and SWAT team time needed to enter and rescue all hostages. During the siege, the Asian gunmen made a variety of demands wanting everything from millions of dollars to more guns, bulletproof vests, and a 50-passenger helicopter to take them to Thailand, and 1,000-year-old Ginseng roots. The hostage crisis ended when the Special Enforcement Details forcibly stormed in, killing three of the gunmen and wounded the fourth. Joseph and her cousin survived. Her uncle was tortured then shot and killed by one of the gunmen. Heads or Tails is available online. (Hard cover 189 pages, ISBN 0-97244453-0-7 Show & Tell Publishing. www.amazon.com Heads or Tails brings to real life one of the pivotal hostage rescue operations in law enforcement experience. For interviews and media kits call Lisa Joseph 916-753-2207. To access the shoot out on video and to listen to the actual negotiation with gunmen, go to www.youtube.com. (Good guys hostage taking)