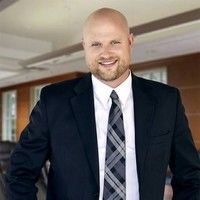 Narrated by ED ASNER directed by MARTIN MARKOVITS produced by MATT WEINGLASS, MARTIN MARKOVITS, PETER MARSHALL SMITH and CARLOS CORREDOR co-produced by RYAN FOLAND, MICHELLE BEREZAN, ROSSANA LAFIANZA, CLARA FLORES executive produced by ED ASNER cinematography by CARLOS CORREDOR edited by PETER MARSHALL SMITH original music by DANNY T. LEVIN and GARTH MACALEAVEY sound engineer by JOEL WATERS written and directed by MARTIN MARKOVITS. Ever since the 1999 presidential election of Hugo Chavez in Venezuela up until his death in 2013, the Movimiento Revolucionario Tupamaro (MRT) have become a crucial part of his popular and grassroots support. The Venezuelan Tupamaros were born out of the Marxist guerrilla movement that swept through Latin America in the second half of the 20th century. Influenced by the Cuban revolution and similar Tupamaro groups in Peru and Uruguay, they fought against the perceived injustices of the American capitalist system, which they saw as the root of the rampant poverty affecting the region. The Tupamaros are an extreme leftist militant force, living and operating out of the numerous shantytowns in Caracas. The Tupamaros have been hailed by the poor urban population as modern day Robin Hoods who provide help and administer many of Chavez's social programs in poverty-stricken neighborhoods. However, critics say that Chavez employed the Tupamaros as his own private militia, using violence and intimidation to harass political opponents. They also label the Tupamaros as a vigilante group who police their shantytowns with an eye for an eye mentality and with no regard for rule of law.