Amid the Covid-19 pandemic, a father and son find a new way to make a town smile. Douglas Knight of New Canaan, Owner, and CEO of WorldTek

Since Douglas Knight of New Canaan purchased WorldTek Travel in 2007, he has implemented positive momentum in each of the four focuses of the company. Both travel and event management branches of the ... 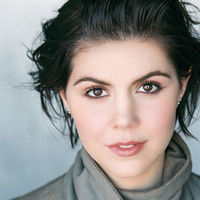 Exploring glass beach, on the California coast. Once a dump site for thousands of pounds of trash, it is now a major tourist attraction only a couple of hours north of San Francisco. Written, directed, shot, & edited by moi. Shot on a Nikon D7500. FULL TEXT: Glass beach, tucked away along highway 1 in Fort Bragg California, was the dumping ground for refuse from a nearby glass factory until the late sixties. The beach & surrounding coastline are dotted with the rusted & hollowed out remains of mid twentieth century American industry. Thousands of pounds of trash, largely glass & ceramic, were dumped onto the coast & swallowed up by the pacific ocean, only to be reborn decades later as contemporary beach treasures. Collecting the glass is prohibited, but between the tens of thousands of tourists who visit the site each year & the pounding waves, the beach’s famed sea glass is dwindling in supply. MUSIC: "Garden Music" Kevin MacLeod (incompetech.com) Licensed under Creative Commons: By Attribution 3.0 License http://creativecommons.org/licenses/by/3.0/