(a quite not so normal) director's showreel | Stathis Athanasiou 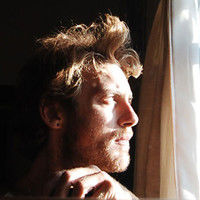 (a quite not so normal) Director's Showreel

https://stathisathanasiou.com After many (too many perhaps) years of working as a director, I finally decided to make a showreel. I hope it brings us closer :) so do get in touch, either in the comments below or by shooting me an email. Written & Directed by Stathis Athanasiou Starring: Kostas Koroneos Voice Artist: Alex King Assistant Director: Despoina Economopoulou Costumes: costumier.gr Music: artlist.io [ Pachelbel - Canon In D Major performed by Ian Post ] Sign up for artlist.io using this link and we both get 2 free months https://artlist.io/Stathis-38513 And a big thanks to Maria Tavlariou. A few words about my process... I have been working as a director for almost 16 years now during which time I never managed to create a director's promo reel for myself. The reason I failed to do so is that I had (and still have) deep rooted objections with fast paced music driven montages which perfectly showcase the editor's work, the DoP's work, the production designer's work, even the actor's work. However, the director's work in order to be evaluated needs a story to be told and said montages do not tell any story, only showcase a beautiful succession of beautiful images. So here is my first principles perspective that led to my first ever director's showreel: >>>Who is this for? It is for Agencies, Agents, Clients and Production Companies who are considering me as a potential Director for some work. >>>What is this for? It is for said people to be told a convincing, complete story and be led somewhere. >>>Where is it leading to? One of two outcomes: 1) Be convinced on first viewing and have me on their radar. 2) Intrigue them enough so they actively look at my past works and have me on their radar. >>>How can you do that? Tell them exactly what I want them to do as part of the story. >>>How can you do that? (again!) Be cool about it. Don't be an egotistical prick. Have fun and be nice to hang around with, even when watching a film of mine. >>>How can you do that? (ok, last time, for real) Since I am a film director, make it about my art = unapologetically steal and mash up a succession of famous scenes from great films, wrap them up in my beloved Monty Puthonesque humour and launch it to the Internets.