COSMOS is a no-budget sci-fi feature film directed and self-produced by brothers Elliot Weaver & Zander Weaver, taking on all key crew roles throughout production, with the exception of writing the sc... Starz: Paul plays Vero, a villainous fixer working behind the scenes while others toil to find a cure for the plague that infected the nation. 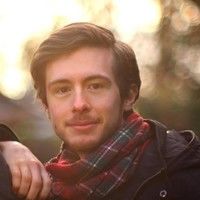 "Three amateur astronomers accidentally intercept what they believe is a signal from an alien civilisation. Realising they may have just stumbled across Mankind's greatest discovery, they must race to document their finding, prove its authenticity and share it with the world before it is lost forever. But the truth they uncover is even more incredible than any of them could have imagined." Inspired by Amblin-era adventure, set over one night and against the backdrop of a World changing discovery, COSMOS offers spectacle and thrills but reminds us success is nothing without people to share it with. COSMOS is a no-budget feature. Directing brothers, Elliot Weaver & Zander Weaver, self produced the project, taking on all major crew roles throughout production, with the exception of writing the score. For more information on the making of the film, visit www.ellianderpictures.co.uk/films/cosmos Behind-the-Scenes COSMOS Instagram: www.instagram.com/cosmos_movie The movie is complete, primed for the festival circuit and currently seeking distribution. Please contact us for more info: zander@ellianderpictures.co.uk Shot on the Blackmagic Pocket Cinema Camera - ProRes. 90% on a 28mm Super-Takumar & the rest on a 18-200mm Tamron Zoom. lliander Pictures 2018 www.EllianderPictures.co.uk/films/cosmos