AND YET IT MOVES -official theatrical movie trailer

The story of Galileo, specifically and independent thinkers, in general. My Child Is Autistic

The 45 minute documentary tells the stories of three different families dealing with autism spectrum disorder. Parents recount their experiences of raising autistic children, and how life has been aff... 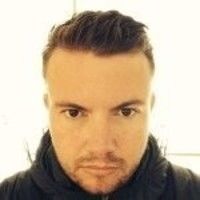 A Short film about a boy who tries to save his parents' marriage by leading them on a treasure hunt of all the places where they fell in love. Starring: Aubrey Mills as Noah Reggie Talley as Mason Danielle Leaf as Ellie Jason Mills as Homeless Man Alan Asuncion as The Fisherman Written and Directed by Paul Burger Produced by Jonathan Olson, Fiona Wilkes and Fred Helm Music and Score by Jason and Aubrey Mills Director of Photography Ezra Bassin-Hill Edited by Danny Prussman and Anthony Michael Morone Shot on location in Brooklyn, New York using Red Cameras. Huge thank you to everyone on Kickstarter that made this project possible.