Aging cameras find themselves confronted with new technology that may just hold their own fate in its hands, but can they resist it? 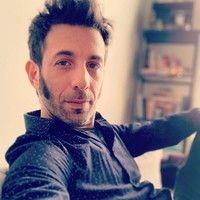 American Mod (2002) directed by Kolton Lee, featuring the late great Icon Quentin Crisp in his last film appearance. Music by Headquarters. 18 minutes long. Quentin Playing Grandma to Stephen a drug dealer cat played by Brett Berg as his Grandma. With A look at Mod life in NYC. Cool Soundtrack too.