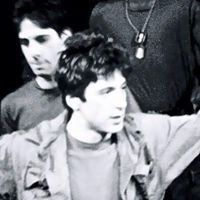 Michael Dinelli is an award winning Actor/Director/Writer.. He has worked with such great luminaries as Al Pacino, Frankie Valli, Susan Sarandon,Danny Ailello, and Dustin Hoffman. He received a Theatre World award for his adaptation and direction of the Off-Broadway production, "An Evening of Gershwin and Oddest". His L.A .productions include " High Tension in The Tropics” “The Donut Shop, and“Cash Deal.” He was staff writer for the CBS show “Dellaventura”.A tormented ex criminal attorney haunted by losing an important case of a vicious killer quits and becomes the executive of a television Network. Ironically he wants to produce a profile of another serial killer on death row as a reality piece. He is confronted by his co- prosecutor, now a judge who happened to put this animal away. The two had a short lived affair and now enraged she comes to try and convince him not to publicize this guy and turn him into a celebrity.