This reel is an excerpt from "The Cheating' - A short film I wrote, directed and edited. 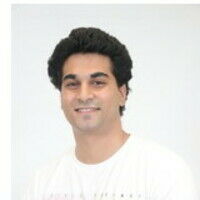