With the disappearance of her mother a cherished necklace becomes all too important for her shady father. A short, the first in a potential series. 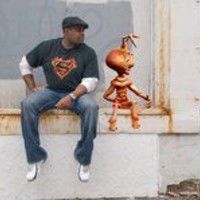