“Such a wonderful film. Charming and grand hearted” Marco Luca - Filmshortage Depressed retiree, Fred, swaps his duvet for fancy dress and embraces his inner child, on a quest to put the magic –... 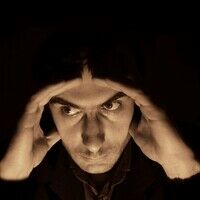 Stabat Onusta Aestas Directed, edited and performed by AFAN Alessandro Fantini Featured in the international collective documentary "A Living tree means a living planet" directed by Khalid Mokadmine Co-produced by Gery Lynn Matthews "A living tree means a living planet" is a collective international documentary conceived and directed by Khalid Mokadmine, a young filmmaker from Rabat. In April he reached me out online inviting me to contribute with a one minute video to his ongoing project about the relationship between humans and trees. He had already invited several filmmakers from all over the world, each one representing a different country by telling a different visual story, and he still wasn't able to find a director from Italy available to shoot his own segment. As soon as he discovered I'm also a painter, he proposed me to figure out a way to feature one of my painting in my video. Trees have provided humans with the primary means of survival, therefore I thought it was essential to show how they can still be a precious "motherly" source of life for my own creations and (hopefully) the spirit of the humans inhabiting my country.