After a gay purge, four best friends are surviving by living in fake marriages to each other. They secretly meet once a week to see their true spouse and play a "game" where they reminisce about their... 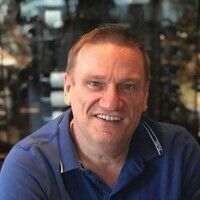 REPARATIONS is about a Jewish Holocaust Survivor named Howard who agrees to be interviewed by Michonne, an African-American lesbian doing research for her grad thesis on reparations. Howard relishes his time talking to the younger woman as she questions him about surviving in a concentration camp. However, he cannot grasp any similarity between reparations for descendants of slaves versus those he's received from Germany as a Holocaust survivor. The more they talk, the more his past is revealed.