Note to self | Justin Norman In the midst of the Corona outbreak a mourning mother discovers a teenage girl with a dark secret hiding in her shed.

"Troubled by a key scene in his film, a film director summons part of his crew for rehearsal the day before shooting it, a Sunday that happens to be Election Day." - Video password: lazona - Trail... 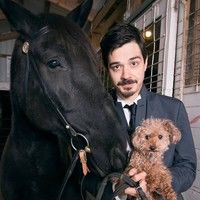