Out of the shadows .mp4 | Constantine Samios “Barychnas” is an independent thriller/horror short film about sleep paralysis for which, in 2018, I composed the score. It's been officially selected by FIPILI HORROR FESTIVAL 2018. 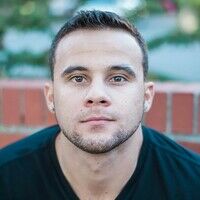 Out of the Shadows .mp4

Out of the Shadows is a short documentary film about the stories and struggles of undocumented immigrants as they follow their "American" dreams. Currently, there are more than 11 million undocumented people living in the United States. Without a defined legal path to citizenship, many of these migrators live every day in fear of deportation and separation from their families. The film faces one of the most divisive issues in the US by humanizing a minority of people whose stories are often lost in the politics of the mainstream media.