All projects shot, graded, and produced by Parker Golden Media. 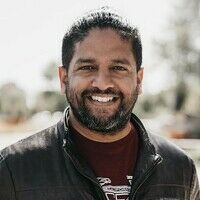 I'm a cinematographer/DP based in the Bay Area, CA. Been in the industry for a couple of years and have worked on several different productions: documentaries, commercials, corporate films, narrative shorts, and indie features. Born and raised in India, moved to San Francisco in 2006 to study photojournalism and documentary photography. After my education, I started my carrier as a freelance travel photographer for Lonely Planet Magazine – one of the largest print and online travel guidebooks and magazine publishers in the world. I also had the privilege to work as a documentary photo/videographer for several NGOs in the United States and abroad. I have won a few awards and recognitions for my documentary projects in Haiti and India. I have had the opportunity to travel to over 23 countries and work with companies such as AARP, Humanity & Inclusion – Handicap International, Burger King, BYD, Calvin Klein, Harley Davidson, Modsy, Target, Madison Park, Ink+Ivy, Designer Living and many more. I have also done two independent feature films and multiple award-winning short films. www.unnirav.com