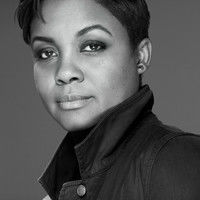 'One Last Goodbye' explores the impact that suicide has on families left behind - and in this case, a young, African-American man who is now a widower due to his wife's suicide. While grieving the loss of his wife, he struggles with being evicted from their shared home and having to pack up his life, now reduced to "memories", in 3 days from his New York apartment. His sister tries to help, but he's resistant to her and to what's being required of him. 'One Last Goodbye' was written, produced, directed and starred in by Latasha Kennedy.