Samples of performance in feature and television. For more work and monologues from TV and Movies as well as written by Kiana Kleemm, please visit the channel and subscribe https://www.youtube.com/channel/UChDSYWlQ0n1uzAbU_Bs15Ag?view_as=subscriber ... 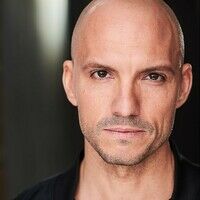 Southern Californian native, Aaron Paul Anastasi, is an actor and successful entrepreneur. Anastasi has appeared in numerous TV series, most recently, a recurring role on The Baxters and after shaving his head, his career has taken off. He is most recognized for his roles on Marvel's Runaways, 9-1-1, Bosch and Say You Will. His tattoos, shaved head, and innate understanding of the human psyche allows him to play villains, cops, paramedics, and detectives, among others.