GUNS & ROSES was a short thesis film produced at NYU. Filmed in 16mm and originally edited on a classic Steenbeck table. Ingested into digital format, the trailer was recut in Final Cut Pro, with grap... Trailer for the short film PROUD by Jackie Dallas 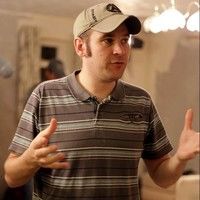 OCD sufferer Stanley is fed up. He's stuck in a dead-end job, with a smug boss who won't give him a promotion he deserves, and trapped in a marriage with an alcoholic, adulterous wife. Finally he's had enough, and devises a cunning plan to regain the order he so longingly craves. Filmed on location in Devon.