Episode 9 of the Radio Play (from over 20 years ago). Professor When and His T.O.A.S.T.E.R. is now a feature-length movie Screenplay (with lots of variations from the Radio Play). Susan: Susan McEw... Slacker, Dino Rado, and his uptight partner, Steven Scheere made a bad investment, they borrowed money to fund a "B" movie that flopped big time, and now the Jamaican Mob wants it's money back. As ... 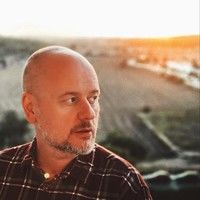 Besieged Leningrad. In the suburban house of the Resurrection, living "in a special position," six people and a chicken that no one can cook is gathered. Previously, the cook was engaged in this, but she was taken away from Voskresenskys on the eve - hard times came outside, and the situation was not easy inside either: the younger son brought a hungry girl, the eldest daughter was an unfamiliar man, whom she was going to marry. Just a few minutes left before the New Year, and the number of problems grows like a snowball.