In this clip we get to see a quick glimpse of Page One from "Contemporary Death" Although this was from a Summer of 2019 draft... what a day it was... A few short clips of a couple of horror films I worked on during the past year. Each clip is presented first without the score and then with. contact: email:... 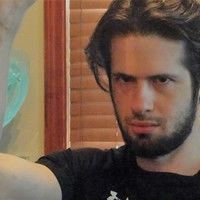 Something is telling me not to give up on this, although I have to focus on other projects. not just screenplays... but I've been tagging networks, studios, and producers on twitter, just for fun... and it seems that people... horror fans... are really liking the script's original title and concept ... as I had hoped that they would... I've even seen this engagement in people's eyes when I pitch this to them and they glimpse the script's title... knowing that what I wrote is an original horror spec and is something that has the potential to be really scary and really different... so I can only imagine visualizing a trailer to something like this (if made correctly, with passion) and then slamming the horror fan base, the viewer... with that title "Contemporary Death" after witnessing what they had just witnessed in the trailer itself... AJ ... The concept and the story do things that the genre and the slasher have never really seen before.... and the concept, story, and script are really versatile... (meaning this could also work as say the first few episodes to a new horror series, although it's currently written as a feature) See more CD Script Info + my email @ > https://www.stage32.com/profile/667776/Screenplay/Projectcd