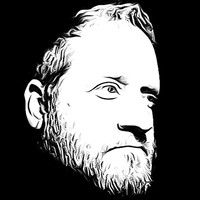 In a town that started off with a murder-for-hire plot between the first two mayors, there's a wild west factor brewing in Quartzsite that even tyrants might be cautious of. But the plot only deepens as the years roll on -- with activists being targeted and corrupt cops doing the political bidding of town hall. Mike Roth, who’s spent every month for the last 12 years fighting and winning his legal battles against a town council and a police department that targeted him and other vocal critics of the local government, is running for sheriff of La Paz County in the 2020 elections. And so is the man Roth says falsely arrested him during the years of conflict — then-Sergeant Will Ponce. But here’s the catch: Will Ponce, now the current chief, actually led 80% of the Quartzsite Police Department in a 2013 mutiny against the man who he says was really behind the corruption — then-Chief Jeff Gilbert. Who’s telling the truth? Who will win the election? Whose message will be sent out to an embattled community ready for change?