In 1940, Józefa Bujdo writes a collection of barley legible GULAG letters in an obscure borderlands dialect. In 1972, Józefa's grandson composes a piece of music that is recorded once with no sheet ... 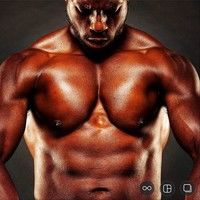 Maurice Whitfield's Target Film Audition for the "Black Panther" Franchise. It is my Life's Goal to be a LEAD in a Black Panther Film as a Hero or Villain. This was created to get the attention of the Black Panther Production Offices and Ryan Coogler. I Do NOT own all of the images and music in this piece. This Film is a class project and is meant only for Educational and Audition purposes with the intent of working with the Franchise. Thank you for watching! Please leave your support and positivity in the comments. Wakanda Forever! Produced By: Maurice Whitfield Starring: Maurice Whitfield and Kevin Lukata Special Thanks: Hitoshi, Kevin Lukata, Lily Azad, Millie Christopher, Disney, Marvel and the Producers of "Godless" (2010) and "Call Me King" (2015.) I Do NOT own the rights to this music and/or all images seen in this video.