For licensing this song"i wanna take you home":contact us. | Darin Johnson 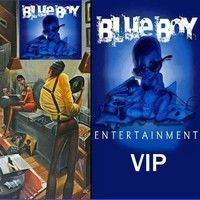 Blueboy Entertainment VIP is an independent production company with an original sound. We believe that the music comes first, and if you are true to your inspiration and vision everything will fall into place. Blueboy Entertainment VIP provides a wide variety of services from producing your first single we offer songwriting services, we score and compose original songs for film and t.v. And so much more! This unique production label was founded nearly a decade ago by two seasoned music production consultant, Darin "Vamp" Johnson and Sunday Rose The team at Blueboy Entertinment VIP will be with you every step of the way. Their experience crossed a wide variety of music genres This team has been in the business for years making music happen. If you are looking to take your creative genius to the next level, Blueboy Entertainment VIP is for you!Experience the difference when old school values meet high tech creativity and hang on for the ride. Explore the music that Blueboy Entertainment VIP has made noteworthy!!! Let The Music Do The Talking Blueboyentertainmentvip Credits. For Film Projects And Novels 1.Created Them Song For Children Storytelling Book And Program Entitled "BOOYAH BOOKS" https://lnkd.in/eVTtV8f 2.Songs And Track Placement For Flags On The Field T.V. series featured on,(Cable T.V. On Demand) https://www.youtube.com/watch?v=Uy-BTg7l1Bs "For The Peoples NetWork" 3.Scored And Composed Original Songs For The Film"Taboo The Unthinkable Act"Film produced by (The Peoples Network) Bobby And Renee Peoples https://www.youtube.com/watch?v=3PC2Uu8-ZAg&t=17s 4.Composed Score For The Film "Momas Spirit"Film produced by Ripp Entertainment Films 5.Song Placements in the film "When A Woman Loves A Man" Film produced by Kei LaGuins Productions https://lnkd.in/gqiFDeV 6.Produced Soundtrack Album For The Film "Taboo The Unthinkable Act" https://lnkd.in/eVZd5gf #cdbaby 7.The Novel "Out Of Town Shooter" A Grimey attention-grabbing novel about a street Hustler turned into an"Out Of Town Shooter"On his journey he encounters fakeness,love,greed, betrayal and how the POWER OF how the Universe works.(God) Book Author:James Wood At Halo Publishing, LLC. Book Sound Track Coming Soon Todd B. Song "Street Life"Is On This Soundtrack) Produced By:Darin Vamp Johnson Songwriters Darin Vamp Johnson And Todd B.