I WAS THE ONE

A clip from a Short Film (7min 30sec) about 2 Elvis impersonators and only one gig... The MOB in Vegas never charged for parking!!! 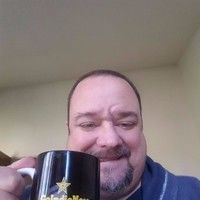 Go Indie Now's Joe Compton sat down at the 2021 Slamdance Film Festival with Camille Hollett-French & Ipek Ensari, the filmmakers behind the Live-Action/Animated/Documentary/Mockumentary Short Film ENDOMIC. This film is not only part of and the genesis of a great competition called the Symbiosis Film Competition but now a part of the very first UNSTOPPABLE Block at the 2021 Slamdance Film Festival. The UNSTOPPABLE block is something created this year to celebrate and highlight the creativity among disabled own voices. This film is a great addition to the block. You also might be familiar with Camille Hollett-French. She was someone Joe Compton got to sit down with at 2019 Slamdance Film Festival in Park City, UT. Which we reference and touch upon her growth and aims as a filmmaker. Ipek Ensari's story is also a very interesting one and one in which we discuss how she became part of the Indie film community and now a member of the Slamdance family too.