Introduction of the hidden bridges; a documentary about the oriental ritual and traditional plays | Nima Hassan Beigi Darker Side of god - Teaser

For more information on this work, please visit darkersideofgod.com "Out of State - A Gothic Romance" Tease

Out of State A Gothic Romance is a new film by Victoria Bugbee. Elsa is 18 and in her senior year of high school. She is sent to live with her distant relatives Aunt Marcia and her strange 20 someth... 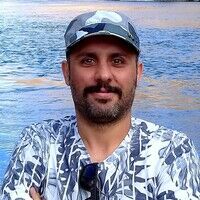 Introduction of The Hidden Bridges; a documentary about the oriental ritual and traditional plays

"The Hidden Bridges" A documentary about the two oriental ritual and traditional plays; Suzhou Pingtan in China and Bakhshi in Iran. A film by Nima Hassan beigi Release: Summer, 2021 Explanation: Suzhou Pingtan is a ritual and traditional narrative play that began more than four hundred years ago and was performed in Shanghai from the mid-nineteenth century to the early twentieth century. Today, the play is performed in the cities of Suzhou and Luzhou (east of China). Suzhou Pingtan is a vocal and musical performance that tells Chinese local legends to the local language. In this play, usually one or two narrators tell a long story with vocal and instrument. They play instruments such as the Lute and the Pipa. Usually, female storytellers tell love folk stories and male storytellers tell epic and war old stories. This folklore vocal play is a combination of Pinghua and Tanci that is two types of narrative music traditions in China. So, the word Pingtan is a combination of the two words Pinghua meaning storytelling and Tanci meaning musicianship. Suzhou Pingtan, now performed in theaters, was performed in Chinese teahouses decades ago. But the tradition of drinking tea while watching Suzhou Pingtan is still preserved. Some of the techniques in Suzhou Pingtan include: Storytelling, joke cracking, musicianship, aria singing, play several roles by one actor. The most famous stories that are told in Suzhou Pingtan: Long stories; Butterflies in love, Diao Chen, fate in tears and laughter, romances in the West Hall. Semi-long stories; Oppression of Dao Yi, the white-haired daughter, Liu Han. short stories; Liu Han a martyr, Wang Iron Man, Sunday. Bakhshi (Bagşy) is a title given to some dutar musicians in northern Khorasan and Turkmen Sahra in Iran. They are dutar musicians, singers, storytellers, songwriters and instrument makers. In fact, they are players a ritual and traditional plays. Bakhshi orally tells epic and folk stories for people and does it by musicianship and singing. They having very skills at storytelling and musicianship and improvisation. They tell their stories in Kurmanji and Turkmen and Persian. But their main dialect is Kurmanji. Kurmanji is one of the famous dialects of the Kurdish language. The main centers of their presence are the cities of Quchan and Bojnurd and Shirvan. Bakhshi has a special respect and status in Iranian culture. Because in Iranian folk culture, the title of Bakhshi refers to someone to God has given a special gift and status.