Before you comment on this video.....I find it very surprising that many people assume the dress is being paid by my fiancÃ©, I make my own money, run & own s... 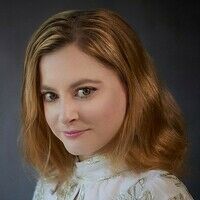 Following on from my bio - I have recorded my rendition of Ophelia's "O woe is me..." At this point in the play, Hamlet is full of hurt and anger due to the death of his father at the hands of his Uncle, the late King's brother. Before Hamlet's absence from court, he and Ophelia were in the process of courting. Unfortunately, Hamlet's affections have been tainted by bitterness that he refuses to acknowledge his former feelings for her. So much so that he orders her to a Nunnery for she is the embodiment of his sin - lust. Ophelia is so in love with Hamlet, this onslaught leaves her confused and is the beginning of her gradual journey into a state of dissociation, madness almost.