JOURNEY OF THREE WORLDS -THE RETAKE

Professor Yeni is giving counselling to LT Harvey under a false diagnosis of PTSD. This is to protect him from government control and experiments. LT Harvey has a rare condition and power. Post trauma... Duty's Veil is the story of Rebecca, a determined detective on the hunt for a vicious psychopathic killer in her new UK hometown of Cardiff. The more Rebecca delves into the case, the more Rebecca is ... 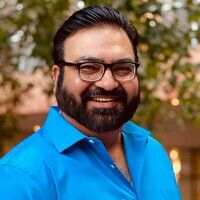 Presenting a teaser of "Mirror Mirror". Now playing in Prestigious Film Festivals around the world. "Mirror Mirror” is a short film about a young man's struggle with his dissociative identity disorder. One day, "Anthony" aka "Tony" is woken up by a suspicious phone call reminding him not to miss an upcoming meeting. A life & death battle then erupts between Anthony & Tony as he tries to stop himself from leaving for his "special meeting". Starring David Brown-King as Tony/Anthony ; Written & Directed by Harmeet Singh Grewal ; Produced by Daman Kaur Grewal ; Executive Producer Surjit S Grewal ; Co-Executive - Producer Trever Jones ; Cinematographer - Israel Arias ; Editors - Trever Jones & Frank Felipe ; Colorist - Heinz Donnelly Schmidt