With "The path of heroes" we introduce the new Porsche GT3 911 Cup to the motorsport audience in China, with a story-driven by the pride of heritage and the will to fight. The story takes place at nig... A comedy about guilt, self-loathing, and hiding dead bodies from your niece. (Written and directed by me) 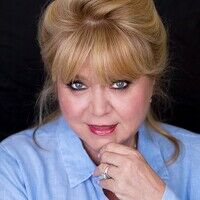 Jaeden Leiberher Martel, Ed Asner, Marianne Muellerlieile star in this award winning short film. An evil Nazi, a boy's vivid imagination and his comic book drawings take you on a journey into a world where his fantasy becomes reality at the most inappropriate and dangerous time. Being 12, a talented comic book artist, having a mind of his own, his first crush, the fearlessness that comes with youth and being Jewish in Nazi Germany was Walter's life. Inspired by actual events this coming of age story has audiences riveted and cheering. A combination of live action and animation(based on Jaeden Lieberher's drawings) makes for a thrilling and entertaining tale. Jaeden Lieberher(IT, St Vincent, The Book of Henry, Midnight Special, Masters of Sex) Ed Asner (Up, Elf, Lou Grant, Mary Tyler Moore)