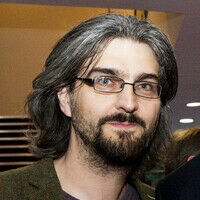 “It is no exaggeration to say it's quite the masterpiece and a sensational debut by Horrocks, director and cameraman.” Thomas Rothschild, FAUST “An inner journey is described in this difficult but fascinating film. One of the kind that quite often was the beginning of a great career.” Ralf Sziegoleit, FRANKENPOST “A moving experience that not only qualifies as cinema but could also be considered a masterful piece of art.” Christopher George, MOVIE SLEUTH