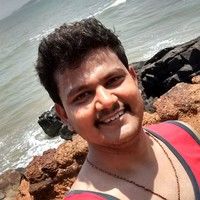 Fun and Film : Use Condoms

Its like me and two of my friends were sitting,chitchatting and I had an idea. The population growth is a major problem in India. So Use of condom is a must-do here, but the "sensuous" campaigning of them makes it difficult to reach to the people and families, particularly in Indian culture! Also India being a multi-lingual country, the problem of language arises with almost every state and region. So we decided to put something beyond words, social, which an "Indian Family" can watch with parents and grandparents sitting around in the commercial breaks of daily-soaps. And this advt.came up. The man in the advt.is telephone operator in my college and the woman is our house-maid. My mother being head-mistress of a school, we did not find problem with finding kids. About the location, we just managed it in one of the slums. Its zero budget, 2 hrs shoot. I know there are many "jumps" and other problems, but it was fun doing this ad-film!