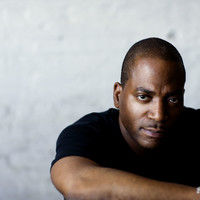 On July 31, 2010, in Brooklyn, New York, the first ever American Beatbox Championship took place. Beatboxers and beatbox fans from all over the world converged at Littlefield, Performance and Art space, in Brooklyn, New York to witness and participate in this historical event. Contestants of all races, from the north, south, east and west of the United States competed. Now it’s down to the eight finalists! This documentary honors the evolution of Beatboxing juxtaposed against the final day of competition to crown the first American beat boxing champion. Directed by Manauvaskar Kublall and produced by Richard McKeown and Chesney Snow, this film documents one of the most neglected genres of Hip Hop culture and places it in its rightful place in Hip Hop history as well as an American art form. The awesome soundtrack is provided by the multi-talented finalist, Maximillion and Fullee Loaded Productions. On the judging panel are Hip Hop Legends, Rahzel the “Godfather of Noyze”, Masai Electro, Parrish Smith of EPMD, as well as Jarobi White of A Tribe Called Quest! http://www.americanbeatboxer.com/