Capturing the wunderwaffen: the documentary behind the scripted miniseries and screenplay dramas | Michael A. Freeman 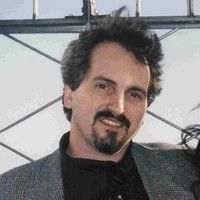 Michael A. Freeman
posted a video
8 years ago

CAPTURING THE WUNDERWAFFEN: The Documentary Behind the Scripted MINISERIES and SCREENPLAY Dramas

"CAPTURING THE WUNDERWAFFEN: The Documentary Behind the Long-Form MINISERIES and SCREENPLAY Drama Scripts" -- Welcome to the viewing of this true-life documentary presentation behind the long-form and fact-based scripted drama, "CAPTURING THE WUNDERWAFFEN." The historical figures and events explored in this documentary are intended as an informational resource behind the character- and event-based scripted, 7-part, 15-hour MINISERIES or multipart MOTION PICTURE screenplay being offered For Your Consideration. LOGLINE: As the "Nazi War Machine" is crumbling, it takes the courageous efforts of American and British military intelligence officers, troopers, pilots, and scientists to locate and capture the "Wunderwaffen" — Adolf Hitler's vaunted "Wonder Weapons" — in a dangerous race for pre- to post-World War II aviation and aerospace supremacy.