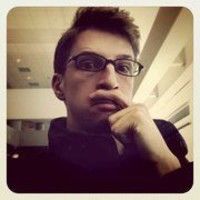 A Father at war over seas (WWII Japan) is finally being shipped home 5 years after the war has ended. His family has come to visit him for a vacation before coming home. When back in the USA, the father is still haunted by his memories from his years in Japan and his nostalgia for the years of his absence. The film is dedicated to my grandfathers who both fought in the war. The film has been graciously honored in the Black Maria Film and Video Festival, The L.E.S. Film Festival in NYC, and the Angelus Film Festival in Los Angeles, CA.