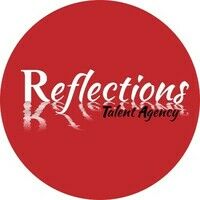 Amie Morris is a successful UK TV presenter, now residing in the beautiful Sydney, Australia. Her charisma and warm wit, makes it easy for anyone to open up and tell them all their hidden secrets. Not to mention she's easy on the eye, beginning her working career as a model when she was only 18. Originally from the North of England she carries her "northern humour" well, to keep her viewers entertained and engaged. Her presenting career began in 2005 when she landed a role for UK reporter of Hollywood gossip from MTV Music Awards, shown on the* SUNONLINE* (Sun Newspaper, UK) She soon realised her potential and thus began her journey to become a well-known name. Following this, she hosted a show on SKY TV called FAME TV and then went on to work for various online sites including Golfpunkonline.com and Bangingdrum.com, a UK music website for unsigned bands. This opportunity landed her first big interview with The Wombats *lead singer, * Matthew Murphy. She also made a brief appearance on the ever popular Soccer AM *on *SKY SPORTS 1. Her break came in 2008, when she became the co-presenter on The Wright Stuff, airing weekdays on Channel 5 (UK) from 9-11am, working alongside Presenter and Journalist, Matthew Wright. This is a bright and sometimes controversial celebrity panellist breakfast show. This role played a poignant part of her career and enabled her to interview many celebs on the red carpets. The highlight of her career so far, was interviewing the charismatic and flirty Michael Caine at the London Premiere of Batman, The Dark Knight. Being a massive Sex in the City fan, she also felt privileged to interview all the actresses, including the famous "Carrie" (Sarah Jessica Parker) and the producers at the Sex in the City world premiere in London. Alongside her passion for presenting, she is also a very creative person. With vast experience as a Makeup Artist and Stylist she has worked her magic on celebrity faces including Welsh hottie Steve Jones, and beautiful Hollywood actress Sarah Alexander. She has also combined her passion for Makeup and Presenting by doing a segment for SIMPLY TV – Beauty Zone on SKY TV channel 196. Amie has also worked in TV production as a Runner, coordinator and Producer. This has given her an all round view of the industry and what it takes to make great viewing. Amie’s career has also included acting and she has taken on small roles, including feature film "Tied in Blood" by Rotunda Films. She also had a lead role in the successful New York Film Festival, Short Film winner “Blood on the Bath Tiles”. Her TV Extra work includes, a comedy called 'FM' which was filmed in the UK and ITV1 'Real Life Ghost Stories'. Creativity drives Amie. It ignites her passion for life. She loves combining her multitude of skills to create inventive, well documented viewing. Her dream to make soulful meaningful viewing is where she wants to take her career next...so watch this space.