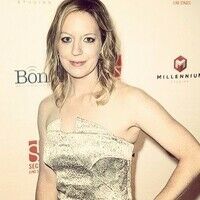 L.A. Premiere July 2013. New Orleans Film Festival October 2013. "Birdbath" is an adaptation of beloved Off Off Broadway playwright Leonard Melfi's most famous play. Since the play opened in New York's East Village in 1965, over 4000 productions of the have been done around the world. This is the first adaptation since 1971. "Birdbath" takes place over the course of one February night in New York. It is, as Melfi described it, an “encounter” between two strangers, a lonely waitress and a prodigal poet, who meet and over the course of the night, form an unexpected connection. It is an archetypal Melfi piece in which the author skirts sentimentality and achieves a state of wistfulness. As Melfi explained, "Birdbath" was written at a time when, as a bartender himself, “I was almost always dealing with people who were practically strangers to me, but that evokes a whole world of late-night collisions and broken individuals.” "Birdbath" explores what it means and what it takes for people to ultimately connect in this large and often isolated world.