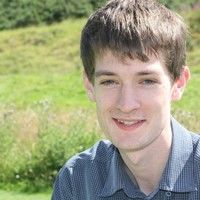 Underwater montage of London's SeaLife Aquarium attraction just next to the London Eye and Westminister Pier. The Sea Life London Aquarium located on the ground floor of County Hall on the South Bank of the River Thames in central London, near the London Eye. It opened in March 1997 as the London Aquarium and hosts about one million visitors each year. It is the largest aquarium in London. In 2005, the aquarium displayed three robotic fish created by the computer science department at the University of Essex. The fish were designed to be autonomous, swimming around and avoiding obstacles like real fish. Their creator claimed that he was trying to combine "the speed of tuna, acceleration of a pike, and the navigating skills of an eel." In April 2008, the aquarium was purchased by Merlin Entertainments for an undisclosed sum. The facility was closed for a £5 million refurbishment, which was completed in April 2009. The additions included a new underwater tunnel, Shark Walk, a revamped Pacific Ocean tank, and a complete rerouting of the exhibit, all of which were carried out under the supervision of architects Kay Elliot. The attraction officially became a Sea Life Centre when it reopened in April 2009. In May 2011, the aquarium opened a new penguin exhibit, with 10 gentoo penguins transferred from the Edinburgh Zoo. Things you can do include being able to see thousands of sea creatures in over 2 million litres of water. You can explore and discover up to 500 species from every part of the world. SeaLife Aquarium has more than 40 sharks which includes 12 different species. There is a Shark Reef Encounter next to the Shark Walk. At the attraction there are over 65 displays, filled with 30 species of plants and foliage. There are 14 themed zones which cover three floors. You can interact with the animals at the interactive public feeding, diving display and touch pools plus there is the Penguins Ice Adventure area allowing you to explore the Antarctic. Some of the species you can find at the attraction include Sharks, Rays, Lobster, Jellyfish, Piranhas, Gentoo Penguins, Clownfish, Crocodile, Green Sea Turtle, Seahorse and Coral. There are various events throughout the day. These include an Octopus feed, Ray talk and feed, Penguin talk and feed, Rainforest talk and feed, Shark feed, Coral Reef talk and feed, a Seahorse feed and Terrapin talk and feed. Some of the Sharks featured at the London SeaLife Centre are Bowmouth Guitar Sharks, Sand Tiger Sharks and Blacktip Reef Sharks. You can get to the attraction by bus where there are a large number of bus services which stop near Waterloo or Westminster Bridge Road. For Westminster Bridge Road, you can take the 12, 53, 59, 76, 148, 211 or 341. Gentoo Penguins are easily recognized by the wide white stripe that extends like a bonnet across the top of it's head and it's bright orange-red bill. They have pale whitish-pink webbed feet and a fairly long tail. The Shark Reef Encounter is a major new feature of London's Aquarium where visitors can see 16 sharks! Sharks are often misunderstood however guests can now find out more about them as they walk through a new extended Shark walk. There are two 2.8m brown sharks and a group of 10 sleek black tip reef sharks. Clownfish are featured at the SeaLife centre which are native to the warmer waters of the Indian and Pacific oceans, including the Great Barrier Reef and the Red Sea. While most species have restricted distrbutions, others are widespread. Clownfish live at the bottom of shallow seas in sheltered reefs or in shallow lagoons. There are no clownfish in the Atlantic. Yet another species featured are Seahorses which are mainly found in shallow tropical and temperate waters throughout the world, and live in sheltered areas such as seagrass beds, estuaries, coral reefs, or mangroves. Four species are found in Pacific waters from North America to South America. Piranhas are indigenous to the Amazon basin, in the Orinoco, in rivers of the Guianas, in the Paraquay-Parana, and the Sao Francisco River systems. Some rougue exotic fish traders are thought to have released them in the lake to avoid being caught by antipoaching forces. Piranhas were also spotted in the Lijang River in China.