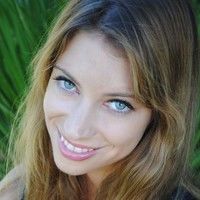 After Batman and Gordon capture the Joker, Rachel and Dent are kidnapped by corrupt Gotham City police officers working under crime lord Sal Maroni's payroll. Batman interrogates the Joker and soon learns that the lives of both Dent and Rachel are at stake. The Joker tells Batman that he must choose which one of them to save and gives him both locations. However, the Joker has switched the addresses, with the intention of orchestrating Dent's downfall. Batman speeds off, believing that he is traveling to Rachel's destination. Both Rachel and Dent are tied up in rooms surrounded with gasoline drums and a phone-bomb, allowing them to talk to one another. Rachel tells Harvey that she accepts his proposal and wants to marry him. Batman arrives at Dent's location (thinking it's Rachel's as Joker mixed up the locations) in time to save him, but Gordon arrives at the other location too late, and Rachel is killed in the explosion.