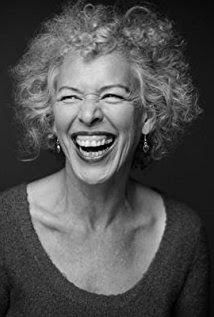 Transitioning from Shorts to Features - Photo added by Joanne Butcher

Happy Sunday to all my creative friends.  Hope you're all having an awesome weekend.  First up for Coffee & Content this week, with so many Stage 32 members creating short films and short form digital content, I thought it might be worth having a look at Filmmaker IQ's recent video How to Get Your Short Screened at Film Festivals.  Certainly interested in hearing your thoughts on this one! Next, from our friends at Cinefix, yet another comprehensive video.  This time, it's a look at 2 brilliant moments in editing from 2 fantastic films: Ida and No Country for Old Men.  As always, my only ask is that you pay it forward and share the Coffee & Content blog with those you feel would benefit from viewing the content.  And of course, comments welcome below! Enjoy the content! Cheers! RB   How to Get Your Short Film Screened at Festivals Holding Long and Cutting Short:  2 Brilliant Moments in Editing Like this blog post? Please share it on social media (Facebook, Twitter, LinkedIn, email etc) by using social media buttons at the top of the blog. Or post to your personal blog and anywhere else you feel appropriate. Thank you. As always, we welcome thoughts and remarks on ANY of the content above in the Comments section below...  Read More

One of the more popular requests we get here at Stage 32 is information on best practices for promoting a crowdfunding campaign on social media. Recently, spurred on by the sheer amount of crowdfunding spam he was receiving on his Twitter and Instagram accounts, our CEO, RB, republished his popular Medium article: 5 Ways You Are Incorrectly Using Twitter to Promote Your Crowdfunding Campaign. Although the article singles out Twitter, these mistakes and ill advised practices are common across all social media platforms, including right here on Stage 32! This is not only a must read for those embarking on a campaign, but involves best practices for networking, relationship building and branding as well. We ask that you please recommend the article on Medium by clicking on the heart button at the bottom of the piece, and share this information with other film creatives you feel could benefit from the content. And as a reminder, you can follow RB on Medium, and on Twitter and Instagram at @RBwalksintoabar Enjoy!   To Read 5 Ways You Are Using Twitter Incorrectly to Promote Your Crowdfunding Campaign Click Here!     Like this blog post? Please share it on social media (Facebook, Twitter, LinkedIn, email etc) by using social media buttons at the top of the blog. Or post to your personal blog and anywhere else you feel appropriate. Thank you. As always, we welcome thoughts and remarks on ANY of the content above in the Comments section below...  Read More