The Art & Science of No-Budget Filmmaking

The Art & Science of No-Budget Filmmaking

This offer has ended.

About The Art & Science of No-Budget Filmmaking

No Budget Film School presents its famed two-day micro-budget filmmaking class in Los Angeles May 11 & 12, 2012. Specifically designed for no-budget filmmakers who are ready to finance their own projects, the lessons, tools, and techniques gained will maximize limited resources and minimize critical errors that can doom otherwise worthy projects. Producer Mark Stolaroff - former principal of IFC's Next Wave Films - and guest experts teach the specific methods, models and priorities unique to micro-budget filmmaking, whether the budget is $200,000 or $200, in this in-depth, one-of-a-kind class. Attendees will walk away with powerful ideas that they can use immediately, saving them time and money. These cutting edge techniques can NOT be found in a book, at film school, or in other film classes. 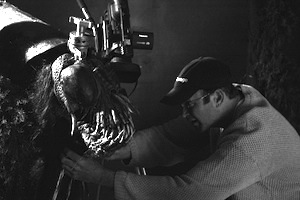 Director Ken Cran with his creation,
The Millennium Bug 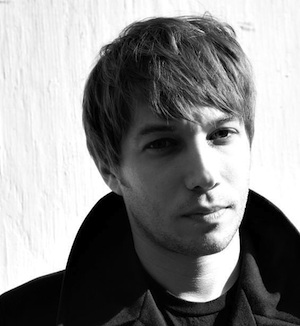 Sean Baker (Writer/Director). Sean has the distinction of being nominated for the prestigious Cassavetes Award three times. His most recent feature, Starlet, premiered at the 2012 SXSW Film Festival and was released theatrically in November. It won Best Ensemble Acting at this year's Spirit Awards. He is also known for creating the hit TV show "Greg The Bunny."

Ken & Jim Cran (Filmmakers). The Cran brothers shot their award-winning, forest-set monster movie The Millennium Bug in a 700 sq. ft. warehouse in North Hollywood using no CGI. They will reveal the no-budget filmmaking secrets behind this utterly kick-ass film.

Matt Radecki (Writer/Director/Producer/Editor). An award-winning director and producer, Matt is also the founder of the indie-friendly post house Different By Design. Matt will go over post production on a micro-budget film.

Additional speakers to be announced...

Stage 32 members are eligible for a special discount: 20% off the regular prepaid price! And students with a valid Student ID save even more. Attend both days or either day individually.

No Budget Film School is also presenting Tom Provost's "Cinema Language: The Art of Storytelling" class the following weekend, May 18-19, and is offering a special discount for students who take both classes. More information on "Cinema Language" can be found here:

Click ENTER PROMOTIONAL CODE at the bottom right-hand corner of the Ticket Information section. Type STAGE32 and click APPLY DISCOUNT. You will see the prices adjust for your discount.

The Art & Science of No-Budget Filmmaking »