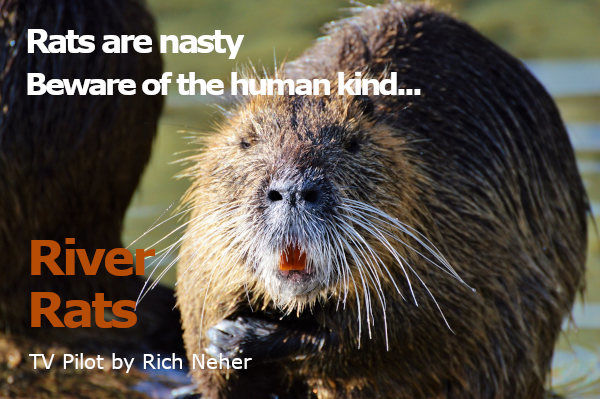 An older Latina family matriarch will stop at nothing to preserve the peace in a Texas colony of outlaws and keep intruders from destroying the camp and her uncertain future in the United States.

This is the story of Dona Ana Santamaria and her three sons Rafael, Roberto, and Pablo. Dona Ana was born in Venezuela, then moved to Mexico. She was a fugitive of both countries for killing two men when she arrived at the colony on the U.S. side of the Rio Grande.

A leaderless group of criminals had created a very large colony inside caves and under trees along the Rio Grande, West Texas, near the fictitious town of Sheridan, east of El Paso. They call themselves ‘River Rats.’ The colony is also known as the ‘Rat’s Nest.’

Dona Ana and her sons were soon taking leadership of the colony and started organizing daily life as well as creating a source of income: Drugs. They buy raw materials from a gang in Sonora, Mexico, and re-sell them with the help of Deputy Sheriff Hank Daniels in the area of West Texas.

Hank Daniels is an old friend of Cal Walker, one of the criminals in the colony who is sabotaging Dona Ana’s leadership behind her back.

Dona Ana’s life on the street has turned her into a cunning, business-savvy leader who can be ruthless in one minute and kind, caring, the next. Her Catholic upbringing and daily talks with Jesus on the cross seems to be completely contradicting her criminal lifestyle. She is very concerned about the well-being of the females in the colony. If any of them is being mistreated by one of the criminals, that man has to answer to Dona Ana and her sons.

When a local politician, Lucy Sherman and her shady businessman husband Frank get into a big fight driving home from a party in El Paso one night, Lucy jumps out of the car and runs away. She gets lost in the darkness and is being picked up by two of Cal Walker’s men hunting game for the colony’s kitchen. However, her being escorted to Cal’s quarters is being intercepted by Dona Ana’s son Roberto, who makes sure she’s being delivered to his mom instead.

While Dona Ana is tending to Lucy’s injuries, a search party with Frank Sherman and local Sheriff Wayne Roberts is combing the area, very close to the colony.

Dona Ana scares the small posse away with manpower and the Sheriff is being stopped from pursuing this any further by corrupt Texas Governor Robert Young. Frank decides to ask his former Marines friend and current FBI agent Sonya Morella to help him infiltrate the camp and rescue his wife. However, his plan is not to get his wife back but to kill her since she found out too much about his past and he likes to cash in on a joint life insurance payout of $3 Mio.

Frank and Sonya go on a journey to infiltrate the Rat’s Nest. Another party is interested in helping Lucy. Mexican Rancher and Drug Lord Don Jose Escobar, secret lover of Lucy Sherman has learned of her disappearance and sends 4 Mexican hit-men to her rescue. All the while, Dona Ana has to deal with the business, Lucy, Cal, most other men in the colony, and now also some Mexican bad guys.

When Dona Ana finds out that Lucy has learned too much about the colony, she realizes they can’t let her go back home. She develops a plan to use Lucy to help her and her sons to become legal citizens of the United States.