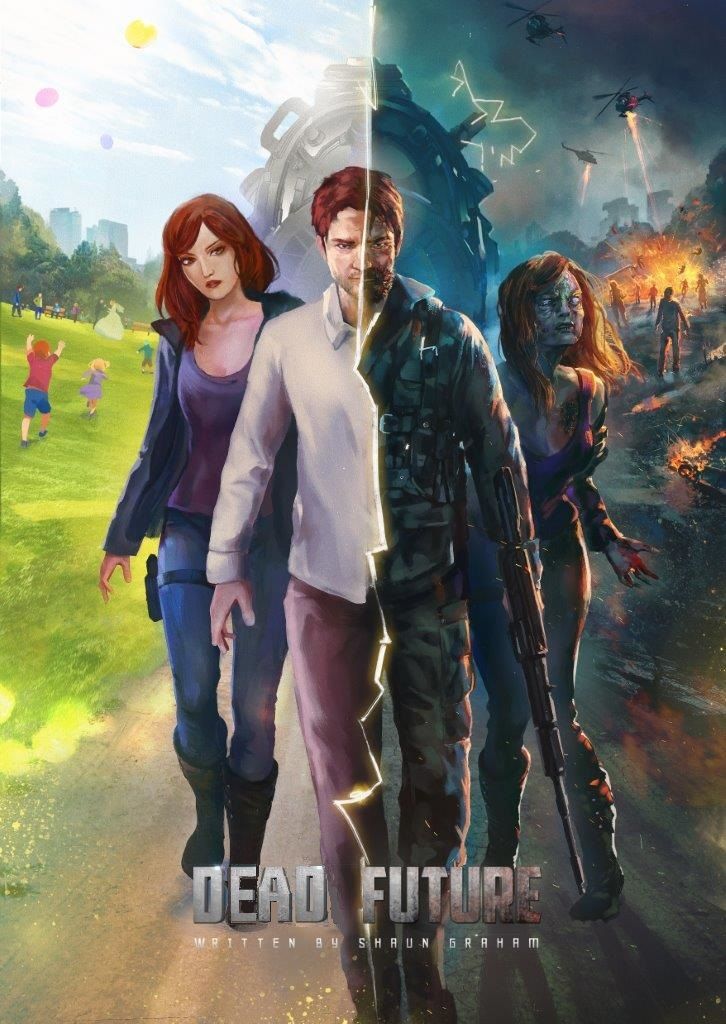 An inventor travels to the past in his glitchy time machine in an attempt to prevent the future zombie apocalypse.

A wedding video shot in a city park captures a time machine appearing out of nowhere. A disheveled man stumbles out and passes an envelope to the closest park-goer. He attempts to re-enter the machine but it disappears before he can get back to it. He runs off. This video is posted to the internet, goes viral and captures the attention of the FBI.

DARIA, an FBI agent, is reluctant to investigate what she believes to be a hoax. After some digging, Daria tracks down KENT, the mystery man from the viral video, and discovers that, not only is the time machine real, but that Kent’s future self escaped the future zombie apocalypse and is helping Kent to get the present version of the time machine working. Daria agrees to keep the time machine a secret and help the Kents prevent the apocalypse, which DR. STILLMAN, a pharmaceutical scientist, is about to spawn with his manufactured virus.

With Daria’s help, Kent and Future Kent confront Dr. Stillman at his home. He watches Future Kent's video evidence of the zombie infested future and agrees to end his drug trials.

Daria jumps into the future with Future Kent and his glitchy time machine to ensure the future is fixed. Unfortunately the future is not fixed and Daria and Future Kent become stuck there. Even more unfortunate, the zombies in this altered future are faster and smarter.

Daria and Future Kent become close as they battle zombies and find shelter for the night. Things take a turn for the worse when Future Kent is attacked and bitten. Before the infection takes hold, Future Kent informs Daria she must find the future version of the time machine so she can jump back to the past and erase this disastrous future. Zombie Future Kent attacks Daria and she is forced to kill him.

Daria, on her own in the zombie future, confronts and must kill her future zombie self before tracking down the future time machine and jumping back to the past.

Safely in the past, Daria and present-day Kent must work together to stop the apocalypse. But it may be too late. And Daria herself might be infected.

Nice... I don't like Zombie movies but would watch this one.