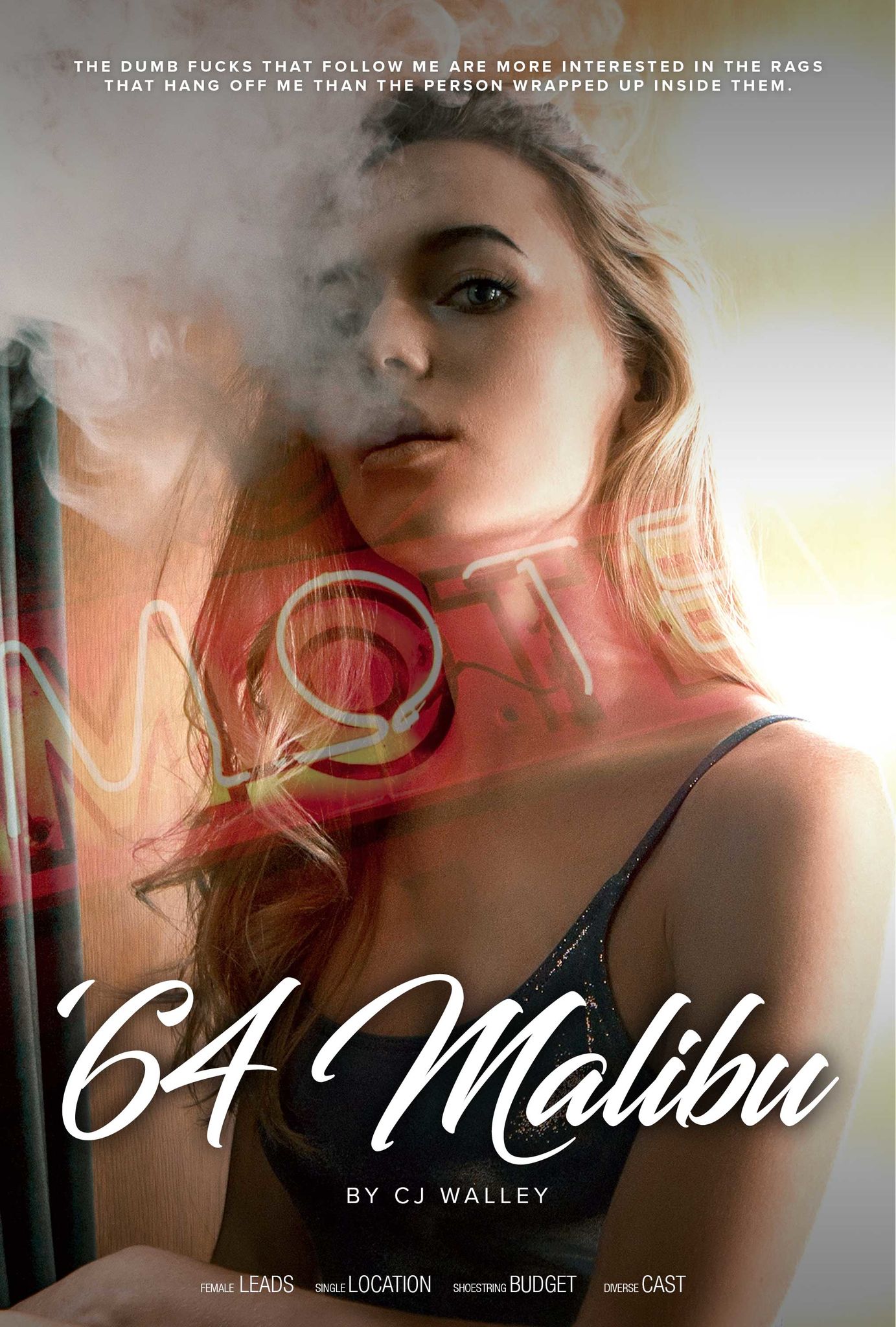 A stringer's investigation of a washed up celebrity at a seedy motel descends into chaos when she unwittingly draws assassins toward the woman she idolises.

This is a story about our complex relationships with the lives of other people; our obsession, our speculation, our idolisation, and our intrusion.

Kenzie is a small-time personal investigator, unlicensed, hapless, and living hand-to-mouthas a seedy motel where she’s persuaded her best friend to come in on a job with her. She’s found an it-girl who disappeared years ago, an Eleanor Gherardini she’s obsessed with and believes may have a scandalous background. Her best friend isn’t so sure there’s much meat on the bone with this and he’s really there for something other than business. However there’s a twist, her most mysterious client only wants to know one thing, if a Chevrolet Malibu has been on the scene, and that’s gotten Kenzie’s curious mind intrigued.

Meanwhile in the room next door, two businessmen are working on a life changing pitch; They plan to make big waves in the world of marketing and artificial intelligence. One worships the other who is a legend among his peers. This legend walks right into Eleanor’s path and they have a heart to heart. Eleanor shows herself to be complex ; someone who has crafted so much of her image she has lost sight of who she really is. She sees right into Ajay’s kindred soul and knows he’s just as lost in his ego as she has been in hers.

Kenzie, having now broken into a different motel room, attempts to fix a malfunctioning listening device only to have two dangerous looking people walk in on her. Failing to give good reason for being there and her cover now blown, she finds herself held captive by what turn out to be assassins who believe she’s a plant. Through this, she learns that Eleanor is the daughter of a notorious crime lord and, as much trouble as she may now be getting into, she might just be getting the biggest scoop of her life.

We go back to Eleanor’s life and deeper into her personality when she stumbles upon a lonely old art forger, a man who’d given up on his Sdislike is confronted and questioned until she has a revelation - she isn’t the antithesis of all that criticises her, she is the manifestation of it. Meanwhile, the businessmen become entangled in the assassin situation with Kenzie who herself now has to face some uncomfortable truths about what she does, how she goes about it, and what it has all lead to.

This all comes to a head when one of the assassins takes Kenzie into Eleanor’s room so she can later report on what she’ll witness - him killing Eleanor in an attempt to incite her mysterious father into a showdown. But there’s a twist and Eleanor is behind it. A couple of standoffs ensue, with bloodshed on both the sides until Kenzie and her lover just about scrape through to become closer than ever.

In the end Kenzie comes to accept where her obsession stems from and we’re reminded about what friendship is and what it takes to start a new one while Eleanor faces the reality that little girls can grow up to become their fathers.

This is a shoestring budget, single-location thriller with a diverse ensemble cast. It strings together multiple character arcs to help actors shine and has enough plot twists to keep audiences guessing. There is plenty for an up-and-coming director to play with and make a mark for themselves by making the most of the deadbeat motel setting with some realistic gunplay and action to spice things up.

Weighing in at just 80 pages, and packed tight with dialogue and drama, there is the potential here for a home run with a cult-classic and festival darling suitable for the big screen, TV, or streaming, complete with complex female leads, intriguing supporting characters, and creative use of a seemingly simple setting that should appeal to viewers of any age and gender.