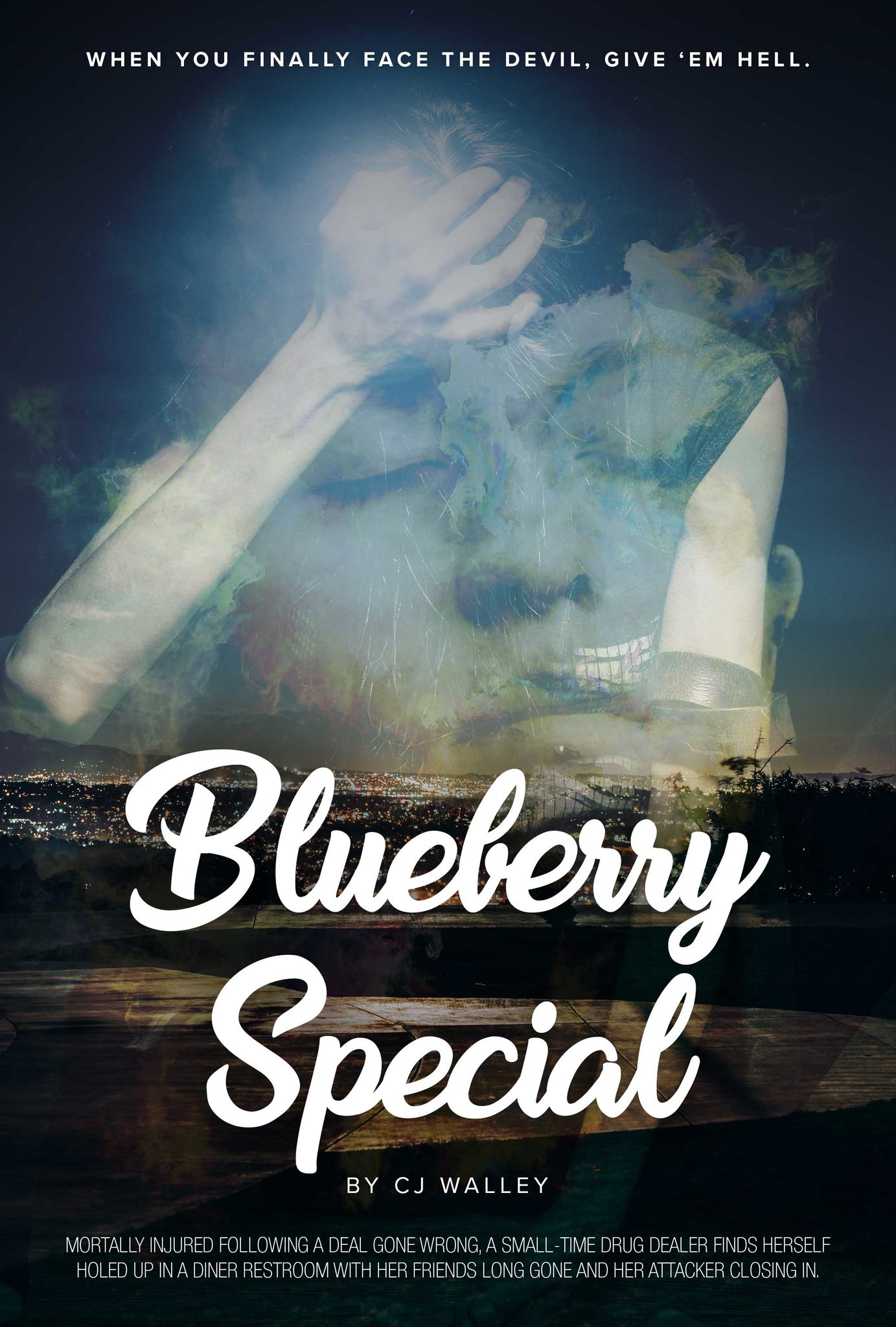 Mortally injured following a deal gone wrong, a small-time drug dealer finds herself holed up in a diner restroom with her friends long gone and her attacker closing in.

This 80 page single location crime-drama, featuring a variety of strong female and minority leads, is the perfect script for a up-and-coming director who wants to make an impact on a tiny budget and, due to its setting within a diner, can work in any American town or city

Stewy, a young female drug dealer who dreams of kicking her habit, going straight, and becoming an artist, is the focus of this none-linear tale, but we don't dive into her story right away. First, we open on a conversation between friends at a bar - which turns a little dark when a mysterious woman joins the discussion and makes a startling admission; she's done bad things and fears what the afterlife may have in store for her.

Next, we're a fly on the wall with two street-gang members chatting about their ambitious plans. They need two recruits who fit a certain profile and it's Stewy, who's dining at another table with her best friend, who gets singled out. The job offer is made, and it’s a dangerous one.

As Stewy and her new compadres break into the next act, we see things have gone horribly wrong for her. Mortally wounded by a knife to the gut, she hides in the restroom hoping they can get medical help - which sadly ain't coming and leaves the rest of the gang with a tough choice to make; help her and go down or leave her and save themselves.

Now we focus in on Stewy. We gain insight into who she is and what makes her tick. She is a young woman obsessed with her own failings and relegating herself to the scrapheap of life. She has a love in her life but she has addictions pushing that away. Even her heroes can't help her see her flaws, and it's costing her dearly.

Worse still, with her partners in crime now long gone, it turns out the mysterious woman from the opening act, who transpires to be a cold blooded killer, is on the prowl for Stewy and finds her at her most vulnerable. A shootout ensues and a standoff sees all their dirty laundry aired.

Stewy is left with the power in her hands, two ways out that are both sorely tempting. She chooses a third option, a bittersweet conclusion that sees her taking control and sending her deceitful nemesis to a world of their worst nightmares.

This is a hard hitting, dialogue heavy, script that pulls no punches with its content and language. It is raw. It is bloody. It probes deep into our psyche before smacking us back to reality. This is a screenplay so gritty you could print it off and use it as sandpaper. If Miley Cyrus comes in like a wrecking ball then this script comes in like the whole demolition rig.

Ultimately, this story is an exploration of perfection, our obsession with it in ourselves, our demands for it from life, and our willingness to forgive a lack of it in others - but with some slick words, adult themes, and entertaining gunslinging to boot.

This is the kind of script that makes actors famous and directors legends. Every character makes an impact, has something profound to say, and a sense of humour. Plus, the dynamic use of one location gives whichever filmmakers chose to helm this project freedom to shine and get their name behind a soon to be cult classic.

would love to read the screenplay, CJ

This script is very solid. It reminds me of Quentin Tarantino's earlier films, but it has its own voice. It would actually make a really good stage play.

The 'friends long-gone' portion of the Logline threw me off.

Otherwise, I'm interested. It could be the next Free Fire.