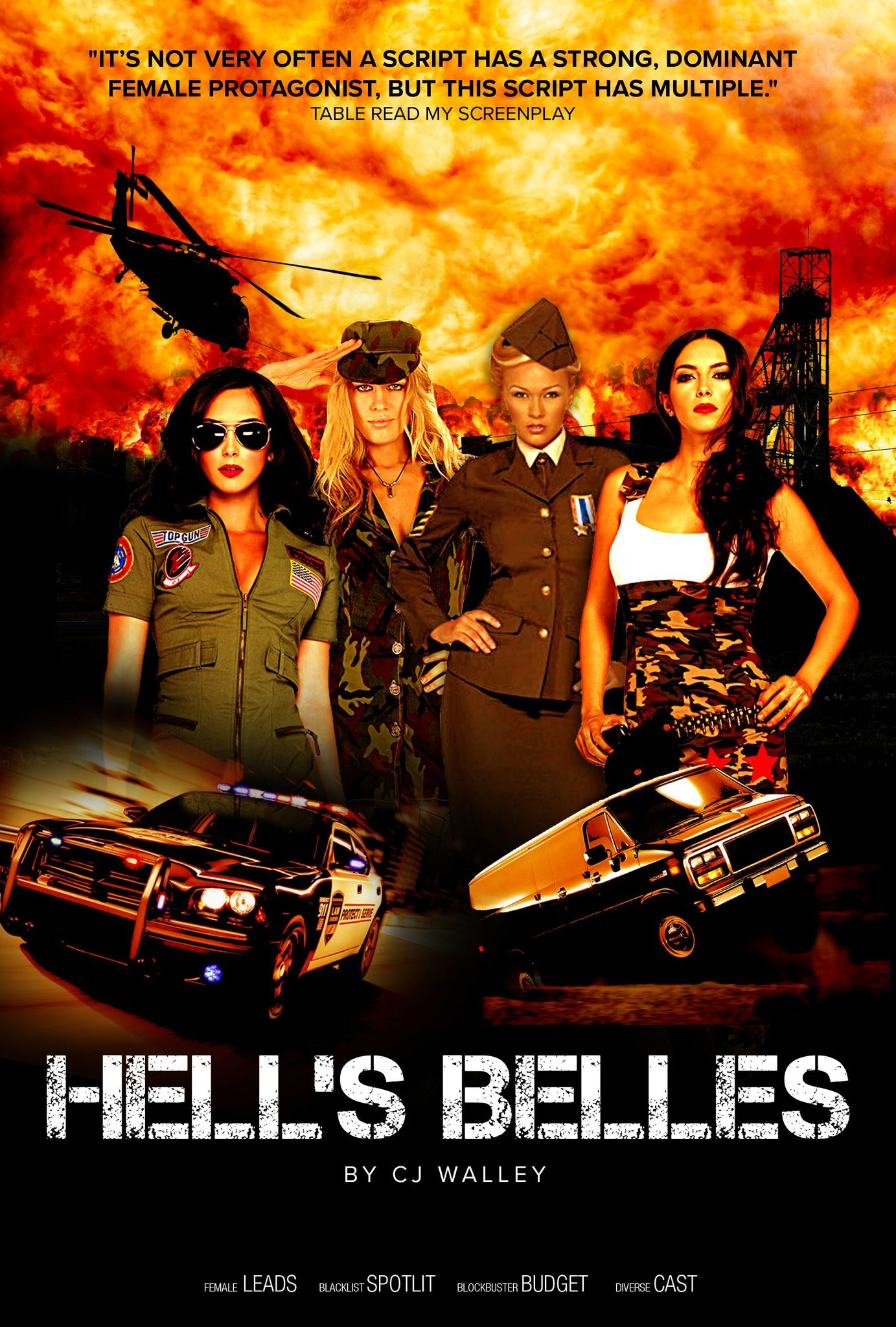 When they stumble upon a small town terrorized by a drug lord, an unruly all female army crew feel it’s their duty to rescue an innocent young girl from his grasp.

This script is strapped and packed with so much action you can print it out, stick a fuse in it, and use it as a high explosive. Spotlit on The Black List for premise, readers said "A great Summer/Independence Day outing." with "sizzling protagonists" and "poetic dialogue". It’s Charlie’s Angels meets The A-Team; an action-packed ride with a pulpy tone and an onslaught of one-liners. There’s gunplay, there’s car chases, hell there’s even an indoor helicopter car chase. There’s so much action, I’m actually legally obliged to advise you put on a crash helmet before reading, and there's so much humor you might just break your funny bone.

Judge, Taylor, Spit, and Memphis are an all female helicopter gunship crew with a reputation for being too aggressive and not following orders. After an action packed and chaotic opening battle, they find themselves demoted and sent back to California where they decide to stick together and find part time work. While traveling to an interview, they manage to get lost and stumble upon a run down old diner from which, while grabbing something to eat, their vehicle is stolen from right under their nose by a group of thugs. Travelling to an old abandoned copper mine, they have a brief aggressive encounter where they raise stakes and discover the bad guys have taken something that must be returned - a young Mexican girl they’ve kidnapped.

The Girls return back to the diner and plot their attack, but encounter difficulties when it turns out the local sherif is working for the bad guys. While they battle through, the gang continues to raise the stakes to the point the girl's tight friendship seems like it may collapse. After some digging deep, they remain united and focused on their drive to help those that need them, even if it means breaking a few rules.

They attack in a high energy showdown in the mine, with action taking place both in the air and on the ground, but just when it looks like they’ve won, the tables are turned and the squad find themselves split up. With two trapped in a mineshaft and two trying to keep the kidnapped girl from danger, they have to use every ounce of smarts, energy, and aggression they have to strike back and escape.

Enjoyed the read - good one.

Hey thanks for that, Eric. You just made my day, buddy :)

Hey, CJ Bud. Enjoyed reading your Bio. Thats a screenplay right there. Love the two cats names and their ups and downs. Hey thats what makes life interesting. Its our passion for our dream that keeps us going and you have told plenty of stories and experiences to draw from and get those creative juices rolling. I feel you man. Best of luck. Will read many of your shorts and give you a my 1, 2 or 3 wows.

Wow Jorge! Thanks for that, buddy. That really picked me up today :)

An unruly all-female army crew stumble upon a small town terrorized by a drug lord, and rescue an innocent young girl from his grasp. (more concise?)

Yes I'll certainly be considering a change to that more concise version, Sarah. Thanks for the suggestion.

LOL! I can assure you it is!