Will Bashor
posted a screenplay 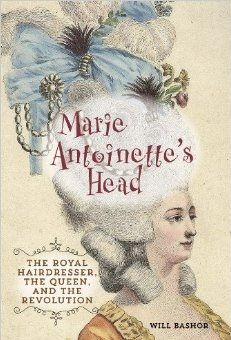 THE QUEEN'S COIFFEUR
By Will Bashor

In this historical drama, a young hairdresser from the provinces uses his charisma to win the hearts of Parisian society, risking the guillotine’s blade when he strikes up an unlikely friendship with the newly arrived princess at Versailles.  Based on Leonard Autié’s biography, Marie Antoinette’s Head: The Royal Hairdresser, the Queen, and the Revolution.

The idea for this script came to me when I saw a lock of Marie Antoinette’s honey blonde hair in a Parisian museum. I remembered that she almost fainted at the sight of the red-hooded executioner in her prison cell that cold morning, and she recoiled with horror when he asked her to turn around so he could cut her hair, necessary to ensure that the guillotine’s blade would work properly. Her hair. It was the talk of all Europe when she held her elaborate court at Versailles. But it would be the last thing to go, and here was a lock of it. Leonard Autié, the man responsible for the style that made Marie Antoinette the envy of France and for contributing to the uproar that dragged her to the guillotine, is our protagonist.

We first find Leonard, 23, in a salon de coiffeur in Bordeaux. Unable to please the bourgeois ladies of the quaint town with his uncanny talent, Leonard journeys to Paris in 1769—armed only with his tortoise shell comb and a big bundle of vanity. Leonard's trademark haughtiness masks the fact that he is aware of his provincial status and empty pockets. Lacking an apprenticeship and guild membership, his new friend Fremont Lavier pushes him to freelance in the theatre where his creativity wins accolades for the actress Julie Niébert, his new mistress, and newfound fame for him in the French press. And the fame does not subside. Despite relentless resistance from the jealous antagonist, the Master Coiffeur Legros and the strict Parisian Guild, Leonard works his way into the boudoirs of the noblest ladies of Paris, including Madame du Barry, and eventually the newly arrived Princess Marie Antoinette from Vienna.

Amidst all the intrigue of Versailles and the court's excesses, Leonard’s coiffures for the new queen Marie Antoinette skyrocket Leonard’s fame and fortune. Although Leonard uses the queen as a mannequin for his creations, his affection for the lonely monarch grows and, to please his queen, he builds a venue for her favorite theatre, the Italian opera, at great expense to him in gold coins, in his fragile relationship with Julie, and in Monsieur Legros’ malicious pranks.

However, when the clouds of revolution appear on the horizon, Leonard is attacked and almost killed for his ties with the royal family. He is forced to choose between his loyalties to the queen or join Julie and other royalists in exile.

Leonard chooses to remain in Paris. When Queen Marie Antoinette sends him on dangerous missions, she promises him a title of nobility when she is once again on the throne. One of the missions, however, involves playing banker to the royals in exile, leaving Leonard penniless.

We learn of Leonard’s trials and tribulations in a letter to Julie: When the ever-thankless Count of Provence insults the ever-faithful Leonard, Leonard is forced to leave the court-in-exile to recoup his fortune in Russia, vowing to get what is rightfully his when he returns to Paris.

Seventeen years later. The monarchy is restored, and the hopeful Leonard returns to Paris, but the Count of Provence, now king, ignores Leonard’s past service, his loans to the royals, and the promise of nobility. Instead, Leonard receives the lowly post of doorman to the king’s brother.

Unrelenting, the ageing Leonard, now reunited with Julie, concocts a ruse to achieve the recognition that he feels he deserves--he will open a new theatre. Monsieur Legros, however, still seeking vengeance, convinces the court to give Leonard the honorary post as state funeral director, allowing him to ridicule Leonard publicly. But it is too late--Leonard dies two weeks later.

Unexpectedly, to the utter astonishment of the royal family, Monsieur Legros, and all of Paris, Leonard still has one more trick up his sleeve. With Julie and Fremont’s help, the remarkable coiffeur of the court of Versailles would be in the spotlight once again…with an over-the-top funeral procession fit for a king.