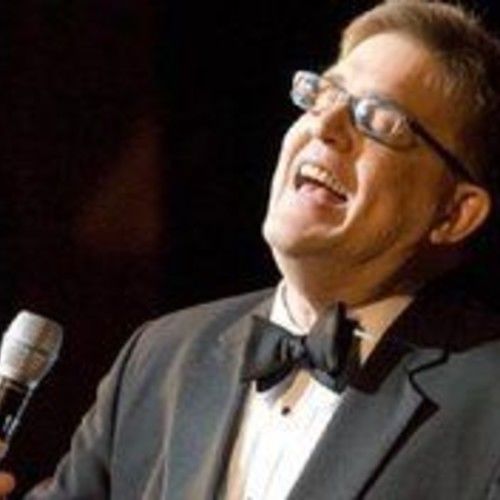 A performer for over 35 years, Mark Madsen has appeared as a singer, musician, and entertainer all across the United States. From rock to pop, to blues, to swing, his performances are truly products of the Chicago melting pot.

His association with the late great Bill Evans, who worked with Mark's father Bob during the fifties, continued throughout the rest of Mr. Evan's life. He was the earliest and most profound influence on Mark's music.

Mark began his professional performing career at the age of nine, with a pop trio, The Precisions. Four years later he began working three nights a week in a suburban Chicago nightclub, with his father's group, The Bob Madsen Quartet. While drumming and singing in his father's band, he spent four years playing guitar and vocalizing in one of the premier high school jazz bands in the United States. The Notre Dame High School Melodons under the direction of the late noted music educator Rev. George Wiskirchen, C.S.C., a 20-piece jazz ensemble, traveled extensively throughout the country for Selmer Musical Instruments, Downbeat Magazine, and the National Association of Music Educators (MENC) doing concerts and clinics. During his final appearance with this remarkable band he was excited to share the bill with The Count Basie Orchestra, under the direction of Count Basie, and the Al Cohn/Zoot Sims rehearsal band at the opening of the John F. Kennedy Center for the Performing Arts in Washington D.C. in 1971. They had the dubious task of following Count Basie, but The New York Times declared they actually upstaged Basie: "More than the other three bands, this high school jazz band showed an awareness of what has been done in jazz, what is being done and what may be done" (The New York Times, John S. Wilson, Sept. 26, 1971).

In 1971, he attended DePaul University's School of Music, while continuing his performing career. After leaving college, he spent the next six years playing in local and nationally based acts, including Spike Jones Jr. And his Band-Aids. This zany comedy band, developed by ABC television, appeared at large family amusement venues including Knott's Berry Farm, Six Flaggs, and King's Island. After the act broke up in 1975, he returned to Chicago and began working with various band leaders at events and parties.

Over the years he has performed for McDonald's, Jovan, Buick, The American Federation of Labor, Whirlpool, World Book Encyclopedia, Motorola, The National Restaurant Association, and literally dozens of others.

In the late 70's and early 80's he played drums and sang with the legendary Chicago violinist Johnny Frigo and the Country Hit Men. His tutorial with John continues today, as evidenced by Frigo's featured appearance on At Long Last Love.

In 1998 he appeared and performed at the Petrillo Band Shell in Grant Park for Taste of Chicago in 'The City Of Chicago's Tribute to Frank Sinatra' with the 40 piece 'City Lights Orchestra', with which he still regularly appears.

Mark recorded his studio CD titled At Long Last Love in 1995. The cuts include some of his favorites and feature some of the best jazz musicans Chicago has to offer, including Jim Gailloreto, Jim Widlowski, Art Davis, Rob Parton, Ron Ruvio, Bob Sutter, Jim Cox, Mark Beringer, and many others.

During the 80's, he continued writing, performing, and recording with a project titled Alias Madman, an electronic pop band exploring the MIDI explosion of the 1980's. The band performed concerts utilizing synchronous live music and video computer systems. Mark continues to write and develop this aspect of his talents as well.

Mark has appeared for an eclectic group of performers including Frank Sinatra, Gloria Estafan, Bonnie Raitt, Steve Allen, Steve Lawrence and Edie Gorme, and others. He has worked many of Chicago's noted nightclubs including Andy's Jazz Club, Jilly's Bistro, Cafe Luciano, The Pump Room, Pops For Champagne, Green Dolphin Street, The Metropole, The Moulin Rouge, The Green Mill, and the campy Underground Wonder Bar. Additionally, he performs with the 40-piece City Lights Orchestra. These organizations, take him to venues throughout the United States.

His benefit performances for Chicago's Children's Memorial Hospital's Volunteers Program, Valentine's Boys and Girls Club of Chicago, Mercy Home for Boys and Girls, and other causes, have been appreciated for more than ten years. In addition to his live appearances, he often provides a musical voice for advertising. 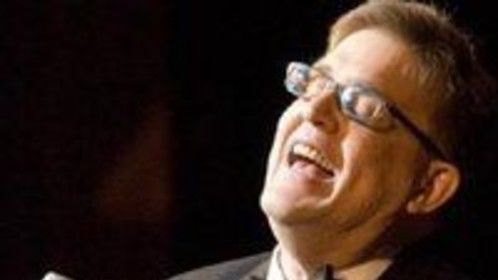