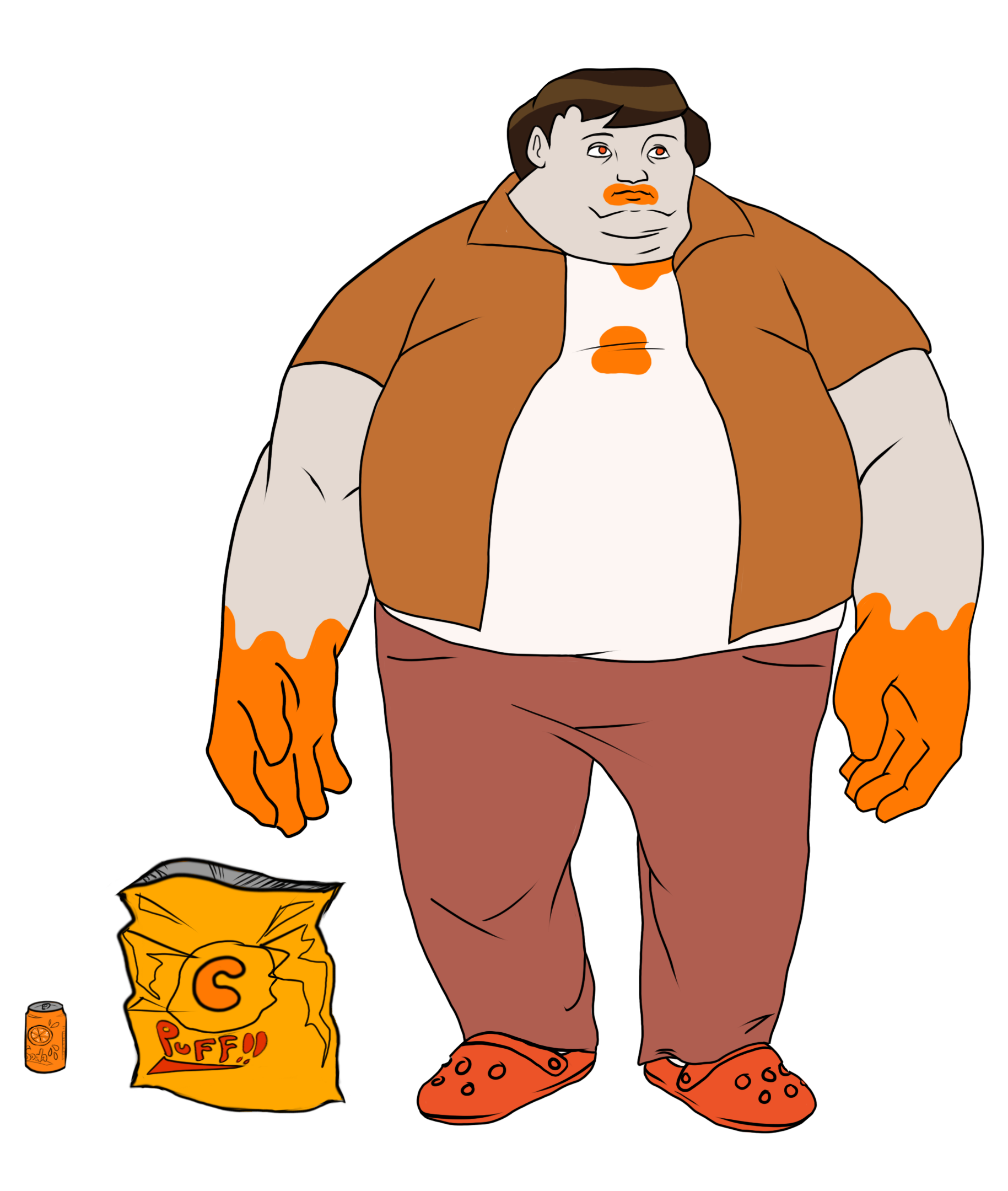 A humongous, orange tinged man fights to get back the good brother he remembers, even as his now evil brother tries to recruit him into a plan that will upset the balance of good and evil on Heaven and Earth.

Aaron is the Orange Man, orange tinged from too many years of cheese puffs and orange soda. His brother Gideon was kidnapped by Duncan, their father, years ago and turned evil. Aaron fights to rid the world of the chaos that Gideon and Duncan bring it and tries to find the good brother he remembers.

Aaron partners with Big Boy Pete, a scary one-armed biker with a gentle Texas drawl whose limp arm becomes anything he needs it to be - shotgun, flamethrower, firehose, wooden spoon. He meets a Delilah, a love interest, who's actually a shape shifter that works for Gideon. The boys' mother, Esther, a Bible thumping mixture of love and scariness, holds the key that might bring them together even as they are all watched over by Reptilian Man, a God-like figure.

Orange Purpose touches on modern day themes - size, being disregarded because of it, religion, good vs. evil, school shootings, sibling rivalry and the human dynamic. While fantastical in nature, it's really a story about family, Aaron wants his family back, even as dysfunctional as they were.